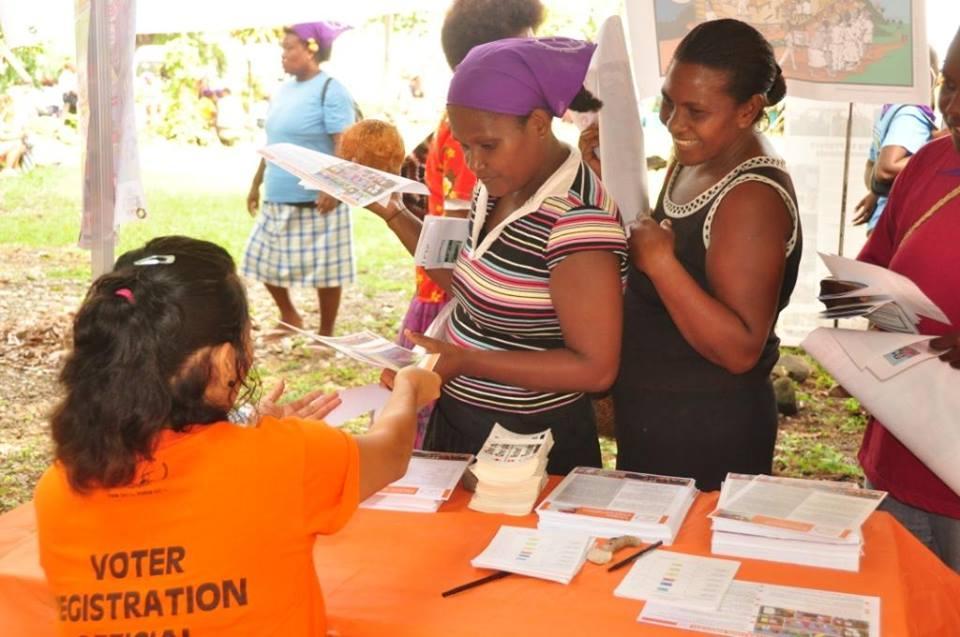 This is also referred to as the “winner takes all” electoral system. It is used in the election of members of National Parliament and Provincial Assembly members. In each of these elections the person who receives the greatest number of votes is declared duly elected (See table 1 below).

In the example above, candidate B is declared winner because he/she has the greatest number of votes.

If two or more candidate receive an equal number of votes, and the addition of one vote would entitle any of the candidates to be declared elected, the Returning Officers must undertake a recount. If after the completion of a recount there is still an equal number of votes, the Returning Officer must report the fact to the Governor-General who will order that another election be held for that electoral constituency on such day as the Governor-General determines.

The National Parliament of Solomon Islands consists of 50 members, one from each constituency, elected to serve a four (4) year term.

Parliament is often referred to as the Legislature, as its major function is to make the laws of the land.

The Electoral Process in Solomon Islands

The electoral process refers to a series of steps involved in the preparation and conduct of an election. The process must be carried out in accordance with the laws, procedures and regulations governing such an election. The laws, procedures and regulations spell out how the election is to be conducted by the Solomon Islands Electoral Commission, the rights and responsibilities of voters, political parties, candidates, election agents, observers and the media.

Activities in the Electoral Process